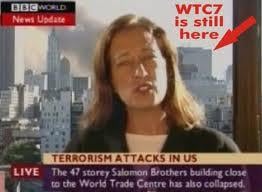 Horsham, UK, 2013 – Tony Rooke, in an act of civil disobedience, refused to pay the mandatory £130 TV license fee claiming it violates Section 15 of the Terrorism Act. Rooke’s accusation was aimed at the BBC who reported the collapse of WTC 7 over 20 minutes before it actually fell, and the judge accepted Rooke’s argument. While it was not a public inquiry into 9/11, the recognition of the BBC’s actions on September 11th are considered a small victory, one that was never reported in the US.

“Today was an historic day for the 9/11 truth movement,” Peter Drew of AE911Truth UK told Digital Journal, “with over 100 members of the public attending, including numerous journalists from around the UK as well as from across other parts of Europe.”